Since the most recent post, the team has been working on the sheer line, the deck and some of the preparations for later installations, such as the rigging. The engine has also arrived.

The internal hard points, perhaps we could call them chain plates, for the shrouds have been welded up and bolted to the frames. A metal load bearing beam has been bolted to the underside of the deck to keep the shroud positions athwart-ships. The cleats or noggins that run the full length of the deck planks are partially installed. This is all pretty dry stuff, in both senses. On to more fun things.

We’ve assessed the old deck planking and spoken to Harry Johans (our authority on Swedish boatbuilding)  and concluded that we should use some cotton strands to caulk the deck. In order to do this, the cotton must be very thin, or alternatively, space needs to be made for the cotton. We have opted for the recognised technique of pressing a small radius into the edge of the planks and having the cotton sit in this small cavity. If water manages to get past the varnish, it will swell the cotton and, in turn, swell the compressed wood into its original shape, sandwiching the cotton tightly in a very small space! This should be quite waterproof, we hope. In order to hold the cotton in place whilst we position the planks and screw them down, we use a very small amount of super glue 🙂 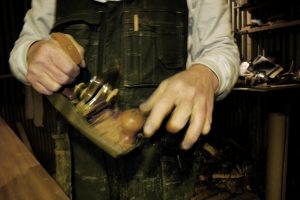 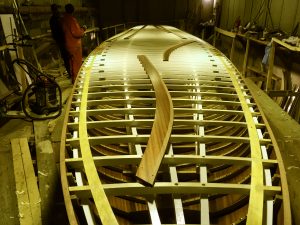 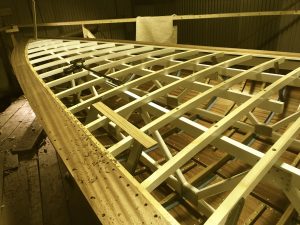 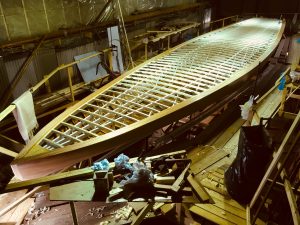 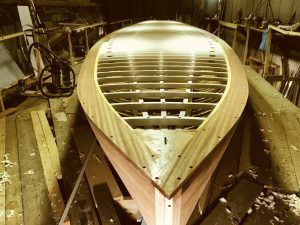 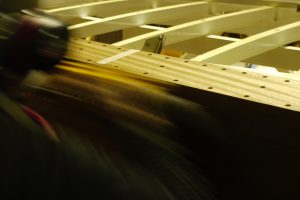 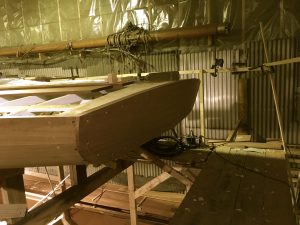 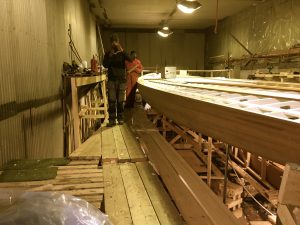 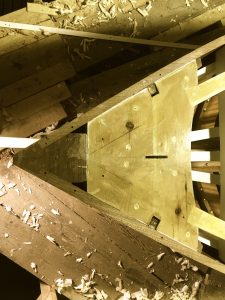 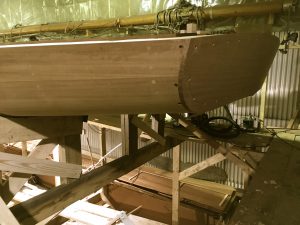 And the next layer of decking. These planks are very wide. I think they were 470mm across. This means that there wasn’t a great deal of choice in which bit of the board we cut the plank out of, because it occupies most of the width of our widest boards!

Bo and Per have agreed where the original cockpits were and Bo has re-made the apertures. This itself determines some of the planking lines. With these holes cut, the simplicity and rawness of the racing design becomes quite clear. They really are just square person sized holes! 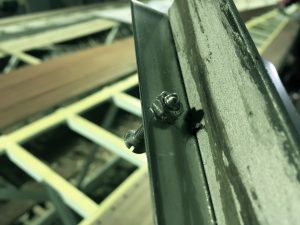 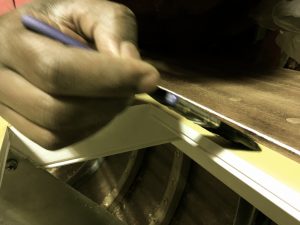 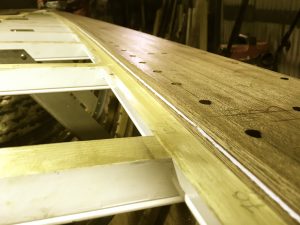 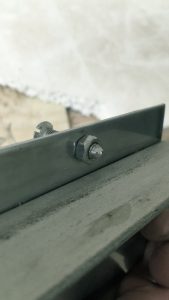 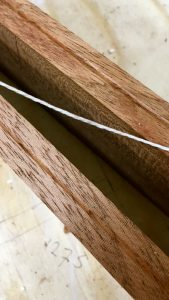 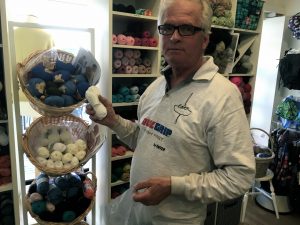 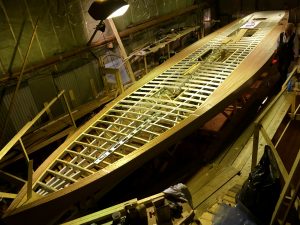 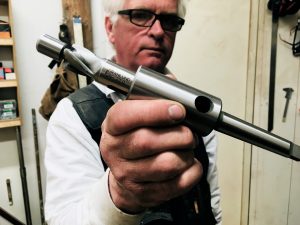 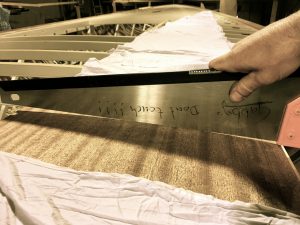 We can see Bo holding the specially made drill to be used to counter-bore the keel so it may be bolted to the hull.