Ester’s untimely and seemingly definitive end was attributed to a fire aboard, somewhere near the Baltic town of Örnsköldsvik. There she lay from around 1939 until 2012, when Per Hellgren, Bo Eriksson and Jan Olof Backman found her on the seabed.

The sunken vessel was clearly in a very fragile state. A custom fabricated cradle was lowered from a crane mounted on a catamaran and the strops tightened around the hull. She demanded utmost care in extraction from her resting place of 80 years. 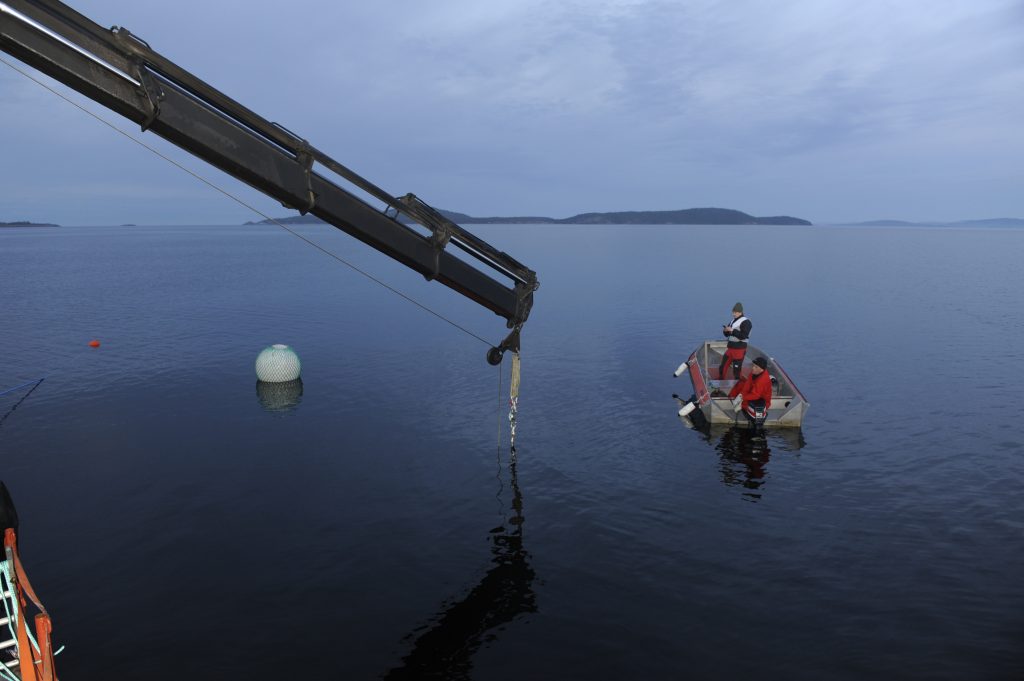 Gently, she was pulled. The mud clung to her hull and sucked around her keel, holding her fast. 164 feet above, the crane continued to increase the tension that was spread along Ester’s 50 foot mahogany hull and yet, she did not move. With the scales reading 6 tonnes, air was ejected through the pipework surrounding her. This attempt to break the water seal was successful and Ester was free. 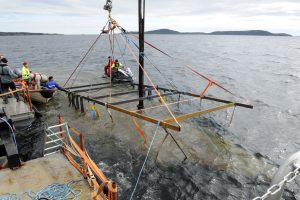 Approaching the surface, the sleek plan became a vague outline beneath the slight ripples on the water. Although the identity of the boat had been confirmed by the information brought back by the divers, with the emergence of the coachroof and deck from the darkness came responsibility. Bo and Per, having waited years for the recovery of this lost champion, decided to leave her floating just below the surface. When the poor weather of the next day had abated, they returned to complete the salvage.

Ester was carefully emptied of mud and debris before being lifted from the water. She was then escorted by road to her temporary residence where she is being restored. 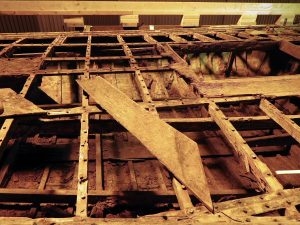 In 2018 Ester is now fully reframed, she has a new centre-line, she has been entirely replanked and has new beam shelves. Her deck structure and related components are being installed whilst naval architect Juliane Hempel works on the rig and sail plan.

The restoration pays particular attention to originality and replaces like for like wherever possible. Some exceptions have been made where modern materials offer a significant advantage. An example of 21st century advantage would be the high grade stainless steel that has been used to replace the mild steel frames and hollow rivets. Modern glues have replaced period glues. The species of timber used are either the same or similar but more sustainable, such as the Sipo/Utile replacing the Honduran mahogany originally used. 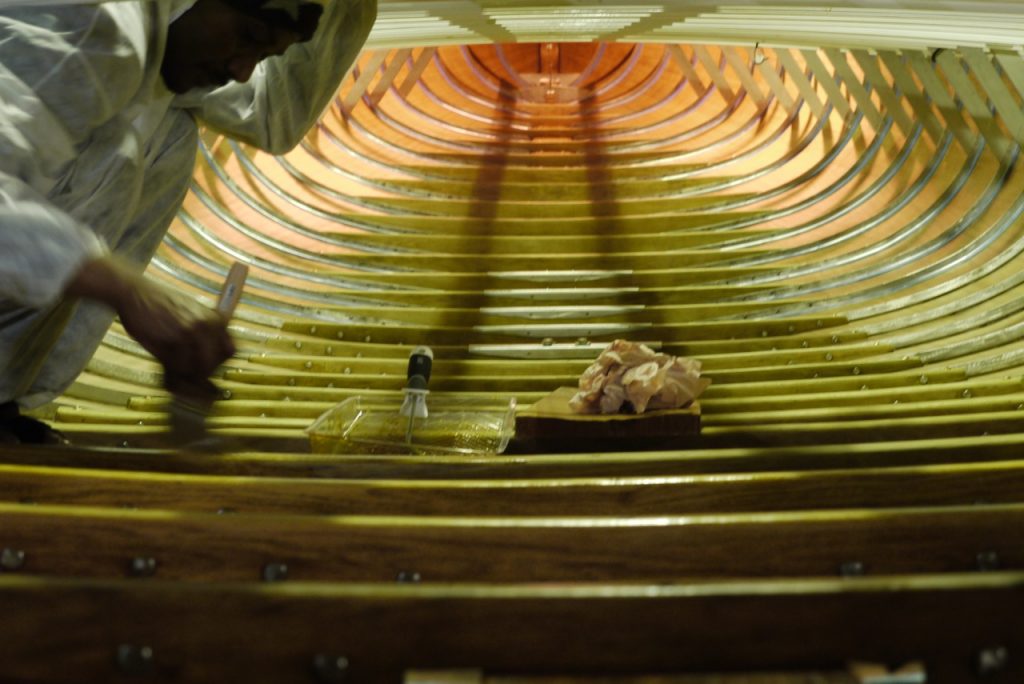 Some changes were made to Ester’s structure over the years of racing. Many of these changes may be clearly seen today, however some are less obvious. The team has been working with  Comité International de la Méditerranée to determine which aspects are original and should be replicated and which were not original and may therefore require further investigation or interpretation.